It’s no longer surprising that the competition in the Big Brother House is getting tougher with each passing week.

It is especially worse for housemate, Tacha, who has been on back-to-back nominations in the house as the others feel she is a great threat which they have to eliminate.

For this week, Biggie has indirectly saved her from the hassle.

Just before the Monday Live nominations, Biggie announced to the housemates that there would be no nominations for the week.

A new twist has prevailed as Big Brother just dropped a bombshell on the remaining 18 housemates on the Monday Live Nomination show.

Just when the housemates were getting ready to go into the Diary room to nominate two housemates each for possible eviction, Biggie announced that they should all move to the Arena.

When they got there, he went on to tell them that the nomination process would be different. Seyi was exempted from participating as he had earlier won the HoH challenge.

One by one, they all took turns to pick bands from two drums covered with black clothes then divided themselves according to the colours they chose. They then proceeded to pick a name for their teams. Green Team were Cruisetopia named while the Red Team chose The Icons.

He then told them they’d be having a nomination challenge where each team would go head to head playing the Big Brother game. At the end of the week, all the members of the losing team would be automatically up for eviction. Therefore, there would be no impending evictions this week.

Breaking news: There are no Nominations tonight. #BBNaija https://bit.ly/2LaAKq5

That piece of news was like music in the ears of Tacha who couldn’t hide her happiness.

She was heard saying, “All the witch hunters, I will rest. The witch detector and hunters I will rest oo. If you need to be safe, I’ll use my anklet around your neck, you will be safe. I know they’ve already rehearsed how to spell Tacha in the diary room… That I’m happy tonight is an understatement.” 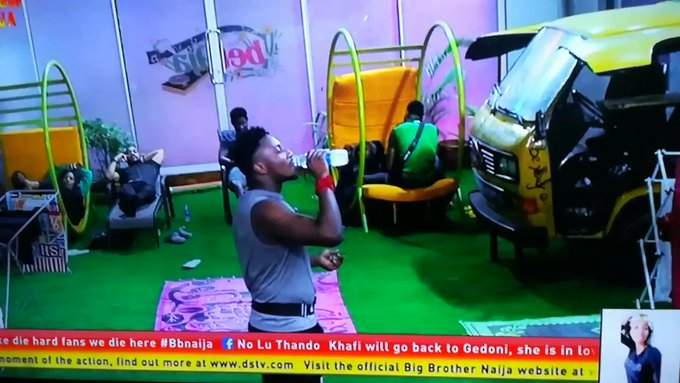 18 people are talking about this

Her fans on Twitter are having a field day as they joined their queen in jubilation at the exclusion from nomination. They were of the opinion that with the new system, the weak ones in the house would be weeded out quickly, leaving only the strongest to compete.

Here are some hilarious comments gathered:

finally she will rest. And those hidden small portable creatures will be found and evicted

lol yes, all the weanlings will bounce. She had to go out there and make her announcement public to her haters in that house

Lol yes she said everyone who wants to be safe should come and use her anklet around their neck, then they’ll be safe

Latest entertainment news, gist and gossip around the world.